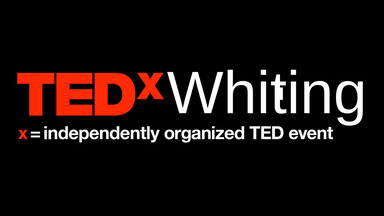 AN IDEA WORTH SPREADING 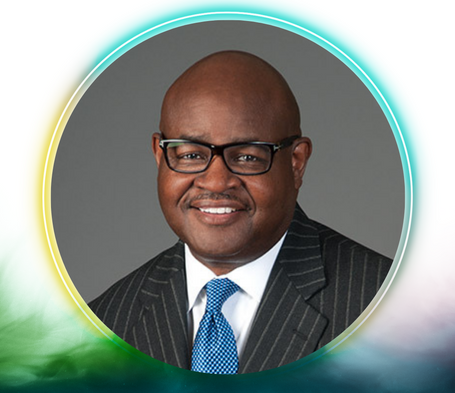 Dr. Lawrence Drake is a dynamic and focused, global leader who creates a clear vision and strategic direction that has consistently delivered results in domestic and international markets. His experience has led him to be a champion of targeted recruitment and people development, allowing him to build teams for sustainable organizational success. Through his leadership, Dr. Drake has built teams with such cross-functional expertise in finance, technology, operations, human resources, public policy, philanthropy and marketing. As the first in his family to earn a college degree, Dr. Drake began at Fisk University and graduated from Georgia State University with BA in 1977. He went on to earn an MBA from Rockhurst University in 1990 where he was an Executive Fellow.

In 2013, he was awarded an MA in Psychology from APA-accredited Fielding Graduate University and earned a PhD in psychology with an emphasis in media psychology in 2015. He also holds certifications from the prestigious International Coaching Federation and is a member of Forbes Magazine’s Coaches Council. Dr. Drake currently serves as the President and CEO of LEADership, Education and Development (LEAD), an organization focused on developing equal learning access models targeting a wide variety of learners with an emphasis on under resourced communities and individuals and the facilitation of acquiring and applying 21st century skills and competencies. Prior to joining LEAD as its President and CEO, Dr. Drake now serves as a partner in Workforce Excellence. He currently also serves as Chair of HOPE 360 INC, an executive development consultancy. He previously has served as interim President/CEO, Executive Leadership Council, President of Haven Media Group, SVP/GM Cablevision Systems Corp, and VP/GM, KFC ( Kentucky Fried Chicken) Division formerly owned by PepsiCo, where he was responsible for 1200 restaurants, 6000 employees, and $900M in revenue. In addition,

Dr. Drake enjoyed an impressive 21-year career with The Coca-Cola Company, holding several key positions with the organization beginning in 1980. During his tenure, he served as Division President & CEO of the Coca-Cola company’s Nigeria and Equatorial Africa Division which consisted of 15 West African countries, responsible for the company's operating effectiveness and financial performance throughout the western portion of the continent. This role included political engagement, public policy and advocacy across a set of very diverse countries while working globally with franchise ownership partners across Africa, Greece, Europe and Latin America and the US. The Division was part of Coca-Cola’s $4B enterprise comprised of 54 countries and 2 independent territories across the continent. Relocating over 20 times, between, 1980 – 2007, Dr. Drake held numerous positions of increasing responsibility including Managing Director of The Africa Group, Director/Manager of the Northeast US Account Group, Region Vice-President Operations, Director, Sales Development etc. Dr. Drake has shown throughout his career to be highly successful in collaborating and working with various public/private boards of directors, serving in such board roles as Chairman, President, member of the Executive Committee, Audit Committee, Nominations Committee, Compensation Committee, and Fundraising Committee. His leadership and membership on these boards and executive committees have been in organizations within business enterprise, educational, and community-based organizations, all of which underpin his commitment to service and access.

Past and current board service includes: Groundswell SPC, The Executive Leadership Council & Foundation, The National Conference for Community & Justice, The California Science Center, Crystal Stairs Inc., Nehemiah Project Ministries International, Judson University, Jarvis Christian College, and is a distinguished member of Leadership Atlanta. In 2002, he was appointed, Chairman of the Los Angeles International Cultural & Business Exchange. While in Africa, he was appointed to the Board of Directors of Junior Achievement Nigeria, The Coca-Cola Africa Foundation, and a featured speaker at various forums and universities including The Economist magazine’s ‘West African Summit’ and “The Africa Forum” at the London School of Economics. With a sustained commitment to learning access and mentoring, Dr. Drake continues to support the National Black MBA Association, UNCF, National Alumnae Associations of Georgia State University, Rockhurst University, “Life Member” of the General Alumni Fund for Fisk University, is a “Life Member” of Alpha Phi Alpha Fraternity Inc, “Trustee”, Judson University and BCE’13 Leadership Atlanta. Dr. Drake’s scholarship and research interests include but not limited to: effects of human behavior at the intersection of cognitive science, applied psychology media innovation and immersive learning. His latest book “Color Him Father” (2019) has received critical acclaim within the US and around the world on the subject of Black parenthood and the myths about “Black Fatherhood”. He has also written several papers or articles related to his field of research and has been featured in articles including “Inroads: Preparing The Pipeline,” Harvard Business Review (1990), “Stories About Black Men and Their Consequences,” National Academy of Medicine (February, 2018),” The Effects of Domestic Violence Ideology, Media Narratives and Images on Male Victimization,” Fielding Graduate University (2012), and “Digital Literacy and the Achievement Gap” (2011). He’s been featured in several publications including: “The Color of Success,” Black Enterprise (2010), “Business Success Beyond America,” The Network Journal (2005), “Room at the Top: PepsiCo's KFC Unit scouts for Blacks and Women for its Top Echelons,” Wall Street Journal (1991). “Watching Black Panther with racially diverse youth: relationships between film viewing, ethnicity, ethnic identity, empowerment, and wellbeing.” Review of Communication ( 2020) Dr. Drake has presented at scientific sessions including the American Psychological Association (APA) annual meeting where he led a panel on the topic “Two Kinds of Presence: A Comparative Analysis of Face-to-Face and Technology–Based Mediated Communication Methods and The Executive Coaching Experience.” However, when he is not leading organizations, writing, or serving his community, Dr. Drake enjoys spending quality time with his wife, three daughters, two sons and his six amazing grandchildren.